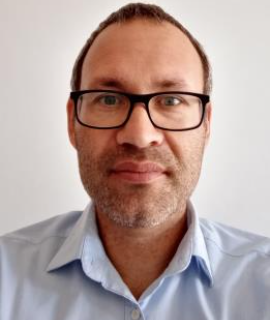 Carbon-based nanomaterials have led to exciting new challenges in the design of smart materials capable of addressing a wide range of social challenges. New synthetic strategies have been extensively investigated for the development of advanced functional carbon nanomaterials, showing a high potential for many different applications ranging from the environment to healthcare. [1] Recent improvements in the development of unusual synthetic methods for nanoengineering carbon nanocapsules show that they could be used as highly efficient nanomedicines in cancer treatment.
Carbon nanocapsules are a new therapeutic concept that consists of hermetically sealed short CNTs that store in their interior chosen payloads with exciting properties for cancer therapy or bioimaging. In fact, these carbon shelters allowed to explore, for the first time, payloads that are characterized by high levels of toxicity or inability to reach the desired target. 4 Remarkable work reported by Serpell et al. showed for the first time the ability to successfully encapsulate Krypton in SWCNTs nanocapsules decorated with peptides for X-ray fluorescence mapping of sub-cellular targets.[2] Recently, their use was extended to the therapeutic field, by developing "hot" nanocapsules by sealing radioactive 153Sm, that are able to provide simultaneously high resolution bioimaging and radiotherapy against lung cancer metastases after intravenous injection.[3] Nevertheless, strong controversy about the toxicological behavior of CNTs has restricted their application to invasive therapeutic approaches. [4]
Recently, carbon nanodots recently revealed the capacity to encapsulate atomically dispersed gold, displaying a high potential for cancer nanotheranostic.[5] The results showed that imaging-guided injection of carbon nanocapsules strongly suppresses tumour growth (carcinoma models) by means of amplifying the mitochondrial oxidative stress, without causing significant side effects.
In this work, new ways to develop carbon nanocapsules (CNCs) from carbon nanohorns able to be filled with diverse relevant solid materials will be presented. Additionally, different strategies for the functionalization of external surfaces with organic molecules will be described that can bring a huge potential for the design of new multifunctional CNCs for longer blood circulation times and improved accumulation in tumor sites. Consequently, it will be expected to significantly increase its performance in terms of cancer therapy and bioimaging.

Gil Gonçalves received his PhD in Mechanical Engineering at the University of Aveiro in 2012. After obtaining a Marie Curie grant in 2016, he started working at the Institute of Material Science of Barcelona (ICMAB-CSIC (Spain)) on the development of nanotherapeutic anticancer agents for neutron capture therapy. Currently, he is working at TEMA-UA (Portugal) as a researcher on the development of new carbon-based nanocomposites for environmental and healthcare applications. Gil has (co-)authored numerous scientific papers (h-index 22 and > 2500 citations), communications at national and international conferences, and he is an editorial board member of Scientific Reports (Nature Publishing Group).