HYBRID EVENT: You can participate in person at Rome, Italy or Virtually from your home or work.

9th Edition of Global Conference on 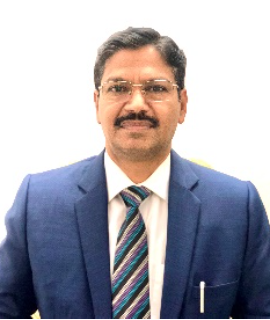 Statement of the Problem: Problems associated with poor bioavailability through oral route and administration difficulties through injectable routes promoted the impetus for exploring alternative routes for the delivery of such drugs. Application of dosage forms through mucosal surfaces may be able to benefit the drug molecules, which are not amenable to the oral route, such as those that undergo acid degradation or extensive first-pass metabolism.
Trans-mucosal routes of drug delivery (i.e., the mucosal linings of the nasal, rectal, vaginal, ocular, and oral cavities) offer distinct advantages over peroral administration for systemic effect.
The rationale behind the designing of muco-adhesive dosage forms include: These dosage forms readily localize in the region applied, and improve the bioavailability of drugs; Facilitate intimate contact of the formulation with the underlying absorption surface, which allows modification of tissue permeability for absorption of therapeutic moieties as well as macromolecules, such as peptides and proteins; It prolongs the residence time at the site of application and absorption to permit Controlled and Sustained drug delivery.
The targeting sites of Muco-adhesives Drug Delivery includes: Buccal Route; Sub-lingual Route; Vaginal Route;
Rectal Route; Nasal Route; Ocular Route; Gastro Intestinal Tract; May target delivery at Stomach / Intestinal
region.
Approaches followed to incorporate drugs into the bio adhesive polymers include: Microencapsulation; Granulation by matrix formulation; Palletization techniques, etc. Techniques used for Preparation of Mucoadhesive Micro-particle include: Coacervation / Phase separation technique; Air suspension techniques (Wurster); Cross-Linking / surface polymerization; Ionotropic Gelation by using CaCl2 / Chitosan; Emulsification and Solvent Evaporation; and Spray Drying / Congealing methods; etc.

Dr. Subas Chandra Dinda, did his Master degree course in Pharmaceutical Technology from Andhra University, India in 1999 and Ph.D. in Pharmacy from Jadavpur University, India in 2008. Who serving at present as Professor & Head, Department of Pharmaceutics, Teerthanker Mahaveer University, India is found to be having a wide research experience in the frontier of Drug Delivery and Drug Targeting Research covering the area of design and development of Matrix systems, Floating Drug delivery systems, Muco-adhesive microcapsules, and Nano-particle based formulations. He explored several poorly bio-available drugs through muco-adhesive as well as nano-particle based dosage forms and found to be very effective through oral route. He also actively involved in guiding the scholars in the field of Drug Delivery System as well as interdisciplinary research covering the area of Drug Synthesis and Herbal Drug Research under the joint collaboration with the teachers from other University as well. To date some of his research finding claimed patents and published in more than hundreds of peer reviewed journals for the benefit of scientific community. He is serving as reviewer of many journals including ELSEVIER, SPRINGER, and SCIENCE DIRECT publications. To his credit he supervised/awarded more than 18 Ph.D candidates in the field of pharmaceutical sciences for the professional development and having a vast administrative experience in establishing the new pharmacy institutions as well as designed new pharmacy course curricula as the chairperson of Board of Studies/Council for the development of pharmaceutical sciences at Berhampur University in India as well as Mekelle University in Ethiopia.