Targeting breast cancer through prodrug activation by cytochrome P450 1A1 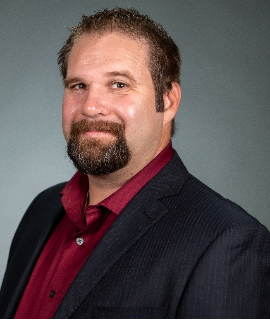 Human cytochromes P450 (CYPs) constitute a large superfamily of monooxygenase enzymes that catalyze over 40 different redox reactions. They are ubiquitous and are the main enzymes involved in drug biotransformation. CYPs also metabolize a considerable number of structurally different endogenous and exogenous compounds such as steroids, fatty acids, prostaglandins, and plant metabolites. They also metabolize chemical carcinogens, mutagens and other environmental contaminants. In humans, 57 isoforms were identified that are divided in 18 families of genes. CYPs are mainly expressed in the liver, small intestine and lungs and can exhibit interindividual variation and interspecies differences in expression and activity. Moreover, the expression and the distribution of CYP isoforms vary according to tissues and organs and can be modified according to their state of health and their interaction with certain substrates. For example, the CYP isoform 1A1 (CYP1A1) which is known to promote breast cancer cell proliferation and survival, and to correlate positively with the tumor grade, is highly expressed in some tumors such as breast cancers but it is generally weakly expressed or undetected in healthy tissues. Consequently, CYP1A1 is considered as a potential druggable enzyme that could be used in the so-called enzyme-based prodrug approach where a cytocidal prodrug is specifically bioactivated into its active form directly into the tumor site via a local enzymatic activation. In this regard, we recently discovered and developed a new family of enzyme-based prodrugs designated as phenyl 4-(2-oxo-3-alkylimidazolidin-1-yl)benzenesulfonates (PAIB-SOs). PAIB-SOs are potent prodrugs of antimitotics named phenyl 4-(2-oxo-imidazolidin-1-yl)benzenesulfonates (PIB-SOs) that are bioactivated by CYP1A1 and showing high selectivity towards breast cancers overexpressing that enzyme. During the screening of PAIB-SO chemolibraries, we have optimized their anticancer activity, their hepatic stability, their toxicity as well as their physicochemical properties. For this purpose, we identified AIMZ-938 as a potential drug candidate. AIMZ-938 has in vitro hepatic stability in murine liver microsomes similar to that of rats and humans. Moreover, AIMZ-938 does not show any noticeable toxicity in all animal models studied so far (mice, rats and chick embryos). In addition, the anticancer activity of the cytocidal metabolite of AIMZ-938 is not affected in most cells exhibiting chemoresistance. Finally, AIMZ-938 shows a t1/2 of 11.3 h in mice and antitumor activity similar to paclitaxel in the human hormone-dependent MCF7 breast cancer xenograft mouse model. These results evidence the potential of PAIB-SOs as promising antimitotic prodrugs to target breast cancers overexpressing CYP1A1 via an enzyme-based prodrug approach.

Dr. Fortin is a medicinal chemist who completed his Ph.D. in cotutelle from both Université Laval in Canada and the Université d’Auvergne 1 in France (2010). Afterward, he was a postdoctoral fellow at Université du Québec à Trois-Rivières (2013), he became an assistant professor in 2013 and a associate professor in 2018 at the Faculté de pharmacie, Université Laval. Dr. Fortin is a researcher at the Centre de recherche du CHU de Québec-Université Laval and the director of the pharmaceutical chemistry laboratory located at the Hôpital Saint-François d’Assise. He is the author and co-author of 39 publications and 84 presentations.